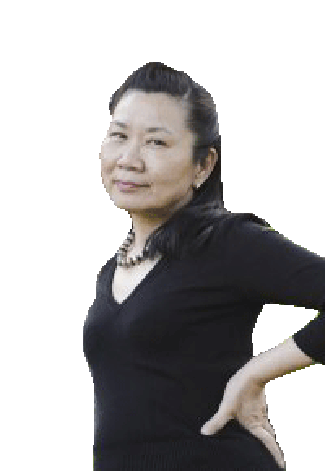 Mrs. Li Chou-lan migrated to Germany with her father in 1971, and later she inherited her father’s business, operating Chinese restaurant in Germany, and thus become attached to understanding the master Li Zhi-chang. They encourage each other to work together and create a Qi-Gong scope in Europe. This made up a success story of a happy match.

Twenty years ago master Li arrived Europe and taught Qi-Gong. Mrs. Li were familiar with the native geography, language, people and culture, then she start to help master Li to promote Qi-Gong. In Europe continental only a few people understand what was Qi-Gong, she has resolutely put down the small achievements of the business, following the footsteps of master Li without hesitating. She gave master Li the greatest support and assistance from the initial stage of the planning and the execution to his life care.

Master Li requires his students strictly, whereas he is also with great love and care. For Mrs. Li as well, she gives the greatest care and tolerance to the students who learn Qi-Gong. She knows master Li’s vocation and insistence and also recognized how great well effects of the cultivation to human society, and therefore she often encourage master Li’s students to insist to go on continuously.

After several years of learning and imperceptibly influenced, Mrs. Li had built a solid foundation of Qi-Gong and Chinese medicine. To add individual characteristics and the nature of intelligence, until now she has developed her own set of courses at the center in Munich.